Looking for a gift for someone who loves Britain? You’ve come to the right place! In this gift guide, you’ll discover 20 bloody brilliant gifts for Anglophiles that any Britain-lover would be absolutely chuffed (delighted) to receive!

A person who greatly admires or favors England and things English.

A person who greatly admires or favors England and things English.

Looking for a gift for someone who loves Britain? You’ve come to the right place! In this gift guide, you’ll discover 20 bloody brilliant gifts for Anglophiles that any Britain-lover would be absolutely chuffed (delighted) to receive!

Nothing says “Britain” like the iconic Union Jack flag.  That’s why Union Jack-themed items are perfect gifts for Anglophiles. Plus, you can buy almost any item with the Union Jack flag emblazoned on it. The possibilities are endless!

English playwright William Shakespeare was a master of throwing shade. This Shakespearean Insults Day-to-Day Calendar is a brilliant gift for Anglophiles, English majors, teachers, thespians, and anyone else who wants to hurl biting insults and throw shade like it’s the year 1596. Enjoy 365 days of scathing insults and epic smackdowns with this unique calendar!

The phrase “Keep Calm and Carry On” is quintessentially British and perfectly sums up the British resolve. Items bearing this phrase make great gifts for Anglophiles!

However, due to concerns that the public would perceive the slogan as patronizing or too obvious to be inspiring, as well as disagreements among officials about the appropriate time to release the posters, the “Keep Calm and Carry On” posters were never hung. In 1940, most of the posters were destroyed and recycled by the British government during a paper shortage.

Then, in 2000, a bookseller discovered one of the few remaining posters in a box of old books at an auction. When the bookseller hung up the poster at his bookshop, customers started asking where they could get a copy of the poster. And, thus, the “Keep Calm and Carry On” craze began, and this long-undiscovered slogan became a British motto.

Football-loving Anglophiles will love receiving gear emblazoned with the logo of their favorite football club. Whether they cheer for Liverpool, Chelsea, Arsenal, Ted Lasso’s AFC Richmond, or some other club, fans of football (or soccer, as we say in the States) will love showing their team spirit!

Brits are known for their love of tea, and tea-loving Anglophiles will also enjoy having a “proper cuppa” themselves. Therefore, a box of tea from a traditional British tea brand—like Twinings, Taylors of Harrogate, or Harney & Sons—is a wonderful gift for Anglophiles!

View on Amazon
With these cookbooks, Britain-loving bakers can make traditional British classics and recreate some of the best bakes from the show. They’ll also learn essential baking tips—like how to avoid the dreaded “soggy bottom!” These tips will help them take their baking to the next level as they strive to create bakes worthy of a coveted Paul Hollywood handshake or Star Baker award!

Multiple companies offer British baking kits—including The Bake Off Box (the official baking box from The Great British Bake Off show) and The British Bash Baking Box. However, there are differences between the baking boxes these two companies offer (in terms of price, subscription plans, the baking box options available without a subscription, the items included in the kits, and delivery regions). So visit the individual websites for The British Bash Baking Box and The Bake Off Box to compare the two.

IMPORTANT NOTE:  At the time this gift guide was published in 2021, The Bake Off Box was only available for delivery in the United Kingdom. But, luckily for Anglophiles living in the USA, The British Bash delivers baking boxes throughout the continental United States.

Here are a few examples of fun British telephone booth-themed gifts for Anglophiles….

Winston Churchill—the British statesman and wartime Prime Minister—is one of the most famous and revered Brits of all time. Churchill was known for his extraordinary leadership and tireless resolve during World War II. He was also known for his many iconic quotes and pithy one-liners. Anglophiles and fans of Churchill will love receiving Churchill-related gifts like:

Looking for a wearable gift for Anglophiles that epitomizes British style? Look no farther than this British staple:  the trench coat. This iconic coat has been around since the 1800s (although the term “trench coat” first appeared in print in 1916). The British luxury brands Burberry and Aquascutum were two of the original makers of the trench coat, and they’re still big players in the trench coat market today.

But if you’re not too keen on the idea of spending a few thousand quid on a Burberry trench coat, don’t worry. There are plenty of reasonably-priced trench coat options for Anglophiles who want to look the part without breaking the bank! Check out the stylish trench coats pictured below, which are available from Amazon.

Also, if you’re interested in reading more about the history of the trench coat, I recommend this fascinating article from Smithsonian Magazine.

A pair of Wellington rain boots (aka “Wellies”) is a must-have for Anglophiles who want to look the part and keep their feet dry!

Hunter is an iconic British brand that has been synonymous with rubber rain boots since the late 1800s. In the 1950s, Hunter began making the Original Green Wellington boot (pictured above), which is Hunter’s most famous rain boot. Today, Hunter boots come in a variety of colors and styles (including both tall boots and short boots).

A clear umbrella is another great gift for Anglophiles. It’s the perfect finishing touch for a Britain-inspired rainy day ensemble!

There are a wide variety of British Christmas ornaments from which to choose—including ornaments shaped like a black London taxi, a red telephone booth, the Union Jack flag, a Scottish Santa with bagpipes and a kilt, Big Ben, a red double-decker bus, and Father Christmas himself!

These fun Britain-themed Christmas ornaments are guaranteed to put Anglophiles in the yuletide spirit!

With a Christmas tree filled with British Christmas ornaments, the Anglophiles in your life will have a very Happy Christmas indeed!

A set of Britain-themed salt and pepper shakers is another fun gift for Anglophiles!

UK travel guide books are another excellent gift for Anglophiles (for both trip planning and as mementos for their bookshelves). Below are several highly recommended UK travel guides from my favorite travel guide brands—Lonely Planet, Fodor’s, and Rick Steves!

If you’re looking for a gift for a Sherlock-loving Anglophile, you can’t go wrong with Sherlock-themed mugs and socks, volumes of Sir Arthur Conan Doyle’s Sherlock stories, a Christmas ornament bearing the address of Sherlock’s London flat (221B Baker Street), or a pipe that Sherlock himself would envy!

As the pipe-puffing detective himself would say, it’s elementary that Sherlock Holmes themed items make fantastic gifts for Anglophiles!

Doctor Who is a long-running British sci-fi TV show first broadcast by the BBC back in 1963. A fixture in British popular culture, Doctor Who has gained a cult following both in Britain and abroad. Fans of this iconic British show—sometimes called “Whovians”—will love receiving Doctor Who themed gifts!

Doctor Who themed items (like the ones pictured below) make fantastic gifts for Anglophile Doctor Who fans!

Doctor Who Sugar Bowl and Creamer

So, there you have it—20  gifts that Anglophiles will love!

Can you think of any other great gifts for Britain-lovers that should be on this list? Let me know in the comments! I’d love to hear from you!

Pin it for later! Sign up to receive updates on new blog posts, giveaways, and more!

Affiliate Disclaimer:  This article may contain affiliate links. If you click an affiliate link and make a purchase, I earn a small commission at no additional cost to you. Also, as an Amazon Associate, I earn from qualifying purchases. For full information, please see the disclaimer. 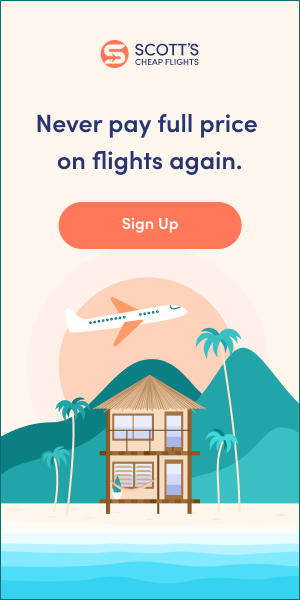 Searching for the perfect gift for a travel lover? Check out my Travel Lover Gift Guide to see my picks for the best wanderlust-inspiring gifts for travel-lovers in 2022! Searching for the perfect Irish Christmas ornaments for an Ireland-lover? Look no farther than these 26 amazing Ireland-themed ornaments that will make Ireland-lovers shamrock green with envy! Sign up to receive updates on new blog posts, giveaways, and more!

This website uses cookies to improve your experience while you navigate through the website. Out of these, the cookies that are categorized as necessary are stored on your browser as they are essential for the working of basic functionalities of the website. We also use third-party cookies that help us analyze and understand how you use this website. These cookies will be stored in your browser only with your consent. You also have the option to opt-out of these cookies. But opting out of some of these cookies may affect your browsing experience.
Necessary Always Enabled
Necessary cookies are absolutely essential for the website to function properly. This category only includes cookies that ensures basic functionalities and security features of the website. These cookies do not store any personal information.
Non-necessary
Any cookies that may not be particularly necessary for the website to function and is used specifically to collect user personal data via analytics, ads, other embedded contents are termed as non-necessary cookies. It is mandatory to procure user consent prior to running these cookies on your website.
SAVE & ACCEPT